Chasing Sound as a Healing Modality

What is Sound Therapy? 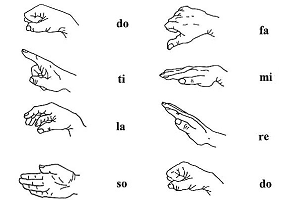 NOTE: This BLOG page contains affiliate links. Amazon makes me say that....and, all links on this page will take you to websites that I do not own.

If these images look familiar, you may just have learned them in music classes...read on...Did you recognize those images above? Did you learn them in music class? Or, do you remember a song by Maria in The Sound of Music? Did you ever consider that they might be used for healing?

Some years back, a friend of mine talked about her naturopath who "read" her system and made remedies based on frequencies needed. If she reads this, she is going to recognize this herself. Of course, I thought it was totally bogus. My undergrad is in electrical engineering, and though curiosity killed the cat, satisfaction brought it back, so I began researching and led me down all sorts of rabbit trails including one about Dr. Masaru Emoto's experiments with water in Japan. Similar experiments have been conducted since - here is a link about an experiment using rice and water with 432 Hz music.

Another rabbit trail led me to the benefits of Solfeggio music and and I now listen to it frequently. I have taken my blood pressure before an after listening to Solfeggio music and there is a drop similar to that which I can get with yogic breath of fire. There is NIH research on sound healing. And, you can also find published articles on PubMed. I have also used it for dental pain to get me through to an appointments which were sometimes days after the issue began. We know that assorted governmental agencies have also used music, though not at these frequencies to mess with the enemy - this is a type of psychological operation. Solfeggio frequencies make up an ancient scale used in vintage sacred music such as the beautiful and well known Gregorian Chants.

There are nine Solfeggio frequencies and they are: 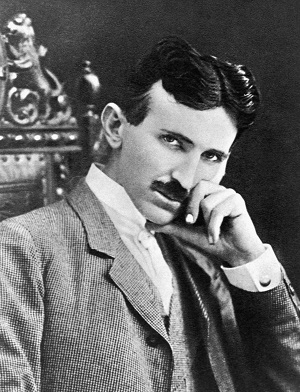 Nikola Tesla, after whom my dog, was one of the greatest gEEks ever. Nikola Tesla was born on 10 July 1856 and died in oscurity in 7 January 1943. He was genius of a Serbian ancestry. Nikola Tesla was an electrical engineer and inventor. He is best known for his contributions to the design of the modern alternating current (AC) electricity supply system which is now used for powering homes and businesses globally, but he had other ideas for wireless power distribution that never took off. Nikola Tesla is attributed with saying, “If you only knew the magnificence of the 3, 6 and 9, then you would hold a key to the universe”. Interestingly, the 3, 6, and 9 are fundamental root vibrations for the Solfeggio frequencies.

A couple of years ago, I was gifted a RIFE machine. I'm just kind of digging into that now. I have been using a lot of pure frequency RIFE recordings from Frequency Heals or you can find many of their frequency recordings on the #frequencyheals YouTube channel.

Music & frequency healing cannot substitute for your healthcare provider like seeing a dentist as I had to do just yesterday. Oh, and I highly recommend Dr. Mark Bickston in Grand Prairie, TX if you are in the DFW area looking for an excellent dentist. He has saved two of my almost 50 year old teeth that other dentists said were unsalvageable without a root canal. Please seek professional help and use music as an adjunct therapy.